The SEEME Wiltshire Black History Group is a Heritage Lottery Funded Black, Asian and Minority Ethnic (BAME) project. It was a joint multi-partnered initiative including Wiltshire County Council and the Wiltshire and Swindon Archives (part of Wiltshire County Council), Wiltshire Music Centre and Salisbury Playhouse. SEEME aim to use oral history to redress the lack of BAME history in the Wiltshire and Swindon Archives and to create learning and participation activities in the community in an educational way. To assist in their aims, Barbara helped to discover Wiltshire’s missing BAME history by training adult volunteers to   conduct oral history interviews and went into schools to undertake intergenerational oral history training and oversee them interviewing elderly BAME people. She also trained University of West England volunteer history undergraduates to participate in oral history interviewing too.

Barbara interviewed and recorded the life-story oral histories of some of the Jamaican women who migrated to rural Wiltshire in the 1950s and 1960s. During the course of interviewing she discovered the women had all worked for Bowyers and had some wonderful stories to tell  of that time. She developed the public history project for SEEME by organising a special ‘Remembering Bowyers’ get together, which sparked off many more memories.

The women all thought that Bowyers was a good employer. It was hard work but fun to work there. In the 1960s there was a jukebox in the canteen. People were friendly, they say there was no racial prejudice. That was outside the factory. The women had no idea of what racism was before they came here, but quickly learned to rise above it and ignore it.

The ‘Remembering Bowyers’ group was very lively with lots of sharing of stories of long-forgotten memories. They remembered various people they had worked with. They remembered when they started using rice skins on the sausages. They also remembered making faggots, scotch eggs and the great big long gala pies.  In the 1960s and 1970s they sang as they worked, although this stopped later on because they had to be ‘more serious’ in their work. The worst place to work was the cold store.  They laughed about getting accidentally locked in, if that happened, you would never come back out!  It was extremely cold in there. They discussed the cold and damp working conditions and the demands of the assembly line. The work was repetitive, such as putting the cold pastry tops on the pies with one hand, and having to keep up to speed; hand twisting sausages for hours at a time. Two of the women suffered arthritis as a result of the conditions. Bowyers paid for people to have heat treatment and physiotherapy. 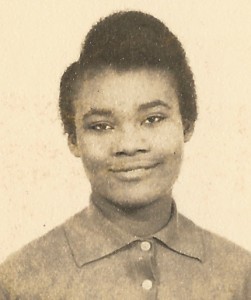 Mrs Thomas worked for 27 years in the ‘sausage house’ in the new building at Bowyers from 1972-1999. Listen to her talking about her work, the arrival of the machines  and how her pay really increased during this time. 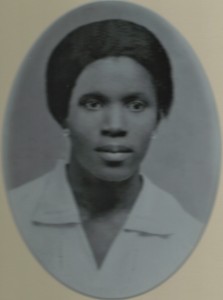 Mrs Davis remembers how easy it was to get work in Bowyers in 1957, she  worked in the ‘sausage house’ in the old run down building.

The women often did overtime as pay was low in the 1950s and 1960s. Mrs Davis remembers taking home just £5-2-6d, old money,  for a forty-five hour week in the late 1950s. But by 1999, Mrs Thomas’ take home pay was over £100 for working a forty-hour week. Inflation contributed to wage increases, but the trade union was responsible for improving both the workers’ pay and conditions. The women were unable to remember exactly when the trade union came in, and we are unable to verify this either, but it is likely to have been in the late 1960s. Perhaps someone can help us here?  The company pension scheme came along at this time too.

Bowyers was ‘family friendly’. The women could work shifts to fit in with their children’s schooling. They could take time off to take a child to the doctors. Bowyers always employed their children when they left school or during college holidays. Mrs James remembered her children just turning up at the factory gates and being brought up to where she was working and that children were also welcome in the staff canteen.

The women  could not believe it when it closed in 2008. They thought, like many other people, that Bowyers factory would always be there.

Quoted by an interviewee

“Barbara has been an integral part of our team during the planning and now the running of our project. The Milford Street Bridge Project is a fifteen month heritage and arts project looking at an area of Salisbury and it how has changed in the twentieth century. The Milford Street Bridge stands at the centre of the project area, and carries a four lane road over what used to be residential and industrial buildings.
As a community group run mainly by volunteers we did not know how to capture the heritage of the area – we just had a vague idea of what oral history is. Barbara has brought oral history right to the centre of the project, making it the most crucial component from which all the other aspects come.
This has involved Barbara training a team of volunteer interviewers who are now recording the stories and memories of some of our older residents. The two day training created specifically for the project by Barbara was very successful with excellent feedback from all participants.
There is also a transcription team, again trained by Barbara, the members of which are creating verbatim transcripts which we will use for the rest of the project time. Again, their feedback on Barbara’s training was very good.
This part of the project is running smoothly, under Barbara’s expert guidance. All of the team members are assured that they can contact Barbara for advice, and she is always helpful and knowledgeable.
Another part of our project has been at St Martin’s Primary School, where Barbara trained a group of 10 year olds in oral history. They held a really successful interviewing afternoon where older members of our community went to the school. Both the children and the interviewees had a wonderful time, under Barbara’s gentle and sensitive guidance. Barbara has since created an edited CD of clips of these interviews which the children are going to use for a variety of learning activities.
Throughout the project Barbara has shown such enthusiasm and knowledge of oral history, and this has been infectious for all of the team.”